How to Get Ready for the Big Job Interview 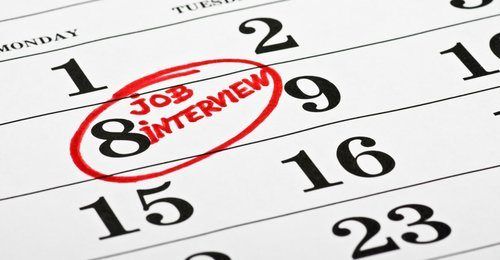 One of the most famous books on acting is "An Actor Prepares", by Constantin Stanislavski.

I thought adding some perspective and turns of phrase from the theater world to a post on prepping for a job interview could provide some valuable insight.

After all, actors are always looking for work, and not just as wait staff.

In addition, actors are trained to perform, and if there's ever a time when you want to command the stage, it's during a job interview.

One of the best ideas an actor's perspective can bring to preparing for a job interview actually sounds like a contradiction: it's important to know your material backward, forwards and sideways, yet be able to bring it forth with an air of complete spontaneity.

Try to learn everything you can about the company before your interview. This means covering all the expected bases, such as the company's website and any media they've generated, and going further. Check trade association publications and websites to learn more about the company's standing in the field.

Think of other standard questions, and prepare unique answers to them that show off what you can do, and how much you know about the company. As you review company materials, look for buzzwords which keep cropping up, like "fresh", "robust" or "user-generated." Use them yourself, but be subtle about it. Remember, they're looking for ability and fit.

Look into names and positions. Try to find out who you'd be working for and who might be part of your interview committee. Learn what you can about them.

Of course, part of the interview will concern you and your experience. Remember to talk about what you achieved, rather than what you did. For example, managing sales and supervising three direct reports is one thing, but saying you improved the contacts made to deals signed ratio by 30 percent is another.

The next vital step in job interview preparation is coming up with the questions you would like to ask. The first interview is not the time to ask about salaries and benefits, so try to focus on strategy, or company direction instead.

Once you've done your research, thought through your answers and come up with your own questions, the next step is memorizing. Maybe you don't have to know your responses word-for-word, but you do need to know them stone cold, point-by-point. I like to memorize lines on a stationary bike or elliptical trainer, but do whatever works for you. Just make sure you do it, because it will make you less nervous.

Actors know lots of tricks to ward off nervousness, and thorough preparation is part of it. Once you feel you've got a handle on the most important part, your material, it's time to look at the externals. Know where you're going. Practice getting to your interview site and time how long it will take you to get there, whether you're using mass transit or driving and parking. Always allow extra time. I know this is important, because I don't do it and I know it hurts me. There's no need to start sweating early.

Plan out what you're going to wear well in advance and check it through thoroughly. I tend to be ambivalent about costumes for the stage, but I know they're important for a job interview. When you're going into an interview your costume serves two purposes; to show the interviewers that you will fit into their organization, and to give you confidence. Don't let last-minute discoveries of runs or spills upset this.

Reassuring rituals are also part of the way an actor prepares. Sometimes I like to listen to a particular piece of music that's right for the character. I know another actor who helps himself to a slice of cheese before going on opening night. Try creating a centering, confidence-building, good luck ritual for yourself.

And now on to that tricky matter of spontaneity: how can you pull that off when you've hearsed and rehearsed everything a dozen times? In theater, we say the key to this is being in the moment. To do that, you need to listen and concentrate. You need to pay attention to what others are saying and asking, as well as what they're not saying and not asking. You need to be totally tuned in. It's easier to be tuned in when you're totally prepared, because you're not scrambling for answers.

So, oddly enough, the more prepared you are, the more spontaneous you can be.

Good luck with your next audition, I mean interview.