Breaking the Silence: How to Avoid Drawing a Blank During an Interview 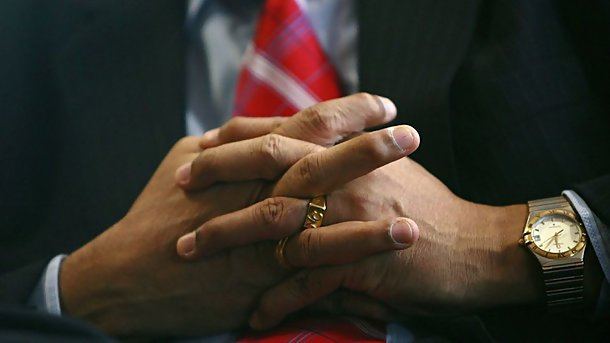 The initial excitement of getting called back for a job interview is typically followed almost immediately by extreme anxiety of actually doing the interview. There are lots of reasons people get nervous before an interview; forgetting to bring all of your interview materials, getting stuck in traffic and arriving late, what you’re going to wear, hoping you’ve done enough research on the company and their mission and values, or even forgetting to turn off your phone and having it ring during the interview. While all of these things are of concern, the biggest and most common fear I’ve found for most people is the dreaded DEAD SILENCE that can occur. Worrying that they’ll ask you a question you can’t answer and you’ll be sitting there with that deer in the headlights look. Here are some strategies to eliminate the reasons people draw a blank at an interview.

Prepare, But Don’t Over Prepare

Chances are you’re never going to go into an interview already knowing every question you’ll be asked. If you ever do though, I’d recommend immediately buying a lottery ticket after that interview and picking your own numbers.

The important thing in preparing is to review some typical interview questions, but don’t just focus on a specific list.

If you’ve ever interviewed before, you’ve probably been asked some of the more “typical” questions about dealing with conflict, overcoming an obstacle to complete a task, how you went above and beyond, what some of your strengths are, and several others of that nature. Employers are likely to ask you questions revolving around some of those themes, so you always want to be ready for those. At the same time, don’t make a huge list and try to memorize a specific answer for every question. Just have some situations that highlight what you’ve done in the past and would be good to talk about. Trying to prepare for every possible interview question they could ask is going to give you overload and also have you waiting for specific questions. You want the interview to be conversational and not just have a canned answer ready to go for everything.

Listen to the Question

Worrying about not having an answer to a question can lead people to try to think of an answer before the question is even finished. It’s common for people to start thinking of a situation as soon as they hear any keywords in a question, and this can lead to something that doesn’t actually answer what was asked, because they didn’t hear the whole thing. Other times the candidate realizes in the middle of their answer that they didn’t get the entire question and then have to ask one of the worst things an employer wants to hear: “I’m sorry, what was the question again?” If you can’t pay attention to an interview question, how does an employer expect you to take direction on the job? Make sure you understand the entire question before you start thinking of your answer. It’s even ok to ask the employer to repeat the question to make sure you fully understand what they’re asking. You don’t want to do this after every question, but it’s perfectly acceptable if you’re unclear about anything in the question or the way it’s worded. An employer would much rather you do this than the alternative. Another option is to repeat the question back to them in your own words to make sure you understand what they’re asking. Both of these methods will not only allow you to make sure you understand the question, but it also buys you a little extra time to think of an answer.

If you have the perfect answer to the question right away, great! If not, don’t spend a ton of time looking for it. You obviously want to impress the employer with a strong answer, but this leads some people to sit there searching for the most perfect answer they can give, and block out about 20 other situations that would be great answers. Be confident in those other 20 situations.

In addition to the needle in the haystack idea where people overlook situations, it’s also very likely you’ll be asked about things that occur on a regular basis, and you can’t think of one example to save your life. It’s funny to think that having a lot of experience with something makes it more difficult to come up with an answer, but it happens a lot.  Situations you deal with frequently are probably second nature to you, so they kind of just blend together. You don’t stop and think of each time it happens, because it happens 20 times a day. When asked about something you do all the time, try thinking of a recent example. If it happens 20 times a day, think of a time it happened last Thursday at work. A recent example will be fresh in your mind so you can give detail about what happened.

Yes, this is easier said than done, but it really is important to relax and not worry about drawing a blank during the interview. If you follow these strategies, you’ll be ready to answer any questions an employer asks. Worrying about not having an answer will almost guarantee that you won’t. Stay calm and remember that you can take a little time thinking of an answer.  As mentioned earlier, you won’t know everything they’re going to ask (and they aren’t expecting you to), so take some time to think about it. Don’t let those 5 to 7 seconds feel like 5 to 7 hours. If they do, that means you’re focusing more on how long it’s taking you than you are on the question they just asked. Go into the interview prepared with some ideas of different situations to talk about, listen to the question and make sure you understand it, and then think of an answer and go with it. It really is that simple. You’re there already because they want to see if they want to hire you and if you’re a good fit, so be calm and confident in your answers to show them that you’re the person they’re looking for.