How to Brag While Being Modest 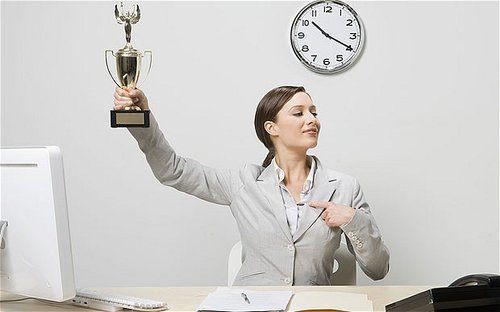 How did that sound? Authentic? No, I didn’t think so. It’s like those little shops that claim “the world’s best hamburgers,” yet you’ve never heard of them.

It’s bragging, and it turns people off. Even in the US culture, where overstatement is expected.

But you really do have a great story to tell, something that might put you ahead of the competition. So how do you get that message across in a way which is honest, useful, and compelling?

First, you start with understanding what your audience values. In my case, I’m talking with business owners who generally want to know:

When I claim other things, like expounding on my credentials, that doesn’t tend to have much weight. My customers want to know about my business expertise more than anything else.

Second, you have to figure out how to DEMONSTRATE these attributes, rather than CLAIM them. Imagine that I just said, “you’ll like working with me.” That’s hollow, and has no credibility. I might even say, “all my past clients like working with me,” and point to the testimonials on my website. That has more weight, but this person doesn’t really know how true that is. It’s written by people he doesn’t know, and could possibly be a pack of lies.

Instead, I just … give the person an hour of coaching. Not simulated, not fake, but the real service. Some people like it, some people don’t. But it helps them to decide directly whether they will get value out of an engagement, and enjoy working with me.

But what do you do when you can’t demonstrate results right then and there? You led that spectacular project last year, it was wonderful, but it’s not like you’re going to bring in stacks of documentation and have them slog through it.

That’s where you let a story help build the image for you. Go back and check out last week’s post on telling a story, then design a story which will demonstrate the results that matter.

Suppose you’re interviewing for a job, where they’re interested in your leadership, initiative, and technical expertise. You just happen to have done that spectacular project last year, which can be used to demonstrate these attributes. Sure, it was in a different company, and the technicalities are different than what you’ll be encountering with a new employer. Yet you can paint a picture that will help an interviewer make the connection in their mind.

Start by listing out the key concepts you want to reinforce:

You can see that this is actually quite a lot of detail, and when you stitch it together into a story that hangs together, your audience will form a compelling image.

One of the challenges is to not go overboard. You could have talked about how you had weekly meetings, how you generated reports, the 14 people you had to work with outside the team, and the fact that, despite your best efforts, the big boss upstairs ultimately decided to only use half of what your team produced.

That’s a distraction. It weakens the story. Unless it demonstrates the key points you’re trying to make, leave it out.

A simple, compelling story will do your bragging for you.