What to Expect in a Group Interview 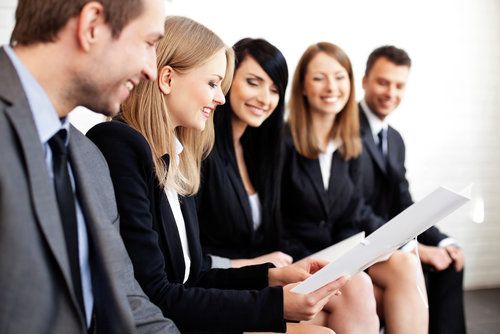 If you’ve applied for a position and part of the assessment process is a group interview, it can be a little daunting if you’re not sure what to expect. Even if you’ve been through a group interview before, the idea of being examined and assessed alongside other candidates who are all competing for the same job as you may still leave you feeling a little unsettled. Group interviews are typically used by recruiters who have a large number of candidates to assess for numerous positions, and they tend to be a more revealing way of assessing graduate candidates who may have little or no experience. If the idea of a group interview fills you with dread, here’s some useful information that will help you to prepare and perform better.

Most group interviews tend to follow a fairly standard format. You and the other candidates will be asked to attend an appropriate venue, which may be the company’s offices or an off-site location. The session usually starts with representatives of the company introducing themselves, and then telling you all about the organization and the roles that they are looking to recruit. You’re sometimes given the opportunity to ask any questions you might have, and then it’s on to the interview itself. However, instead of the classic question and answer type interview, it’s more likely that you will be expected to take part in a number of group exercises. It’s your performance in these exercises with the other candidates that the interviewers will use to decide whether or not you're the right candidate for the job.

Companies like group interviews because they tell them a lot more about the character and personality of the candidates. In a face to face interview, it’s easy for you to describe your skills and abilities, but when you’re forced to interact with a group of people, recruiters actually get to see how you behave, and assess whether or not you have the competencies they need for the roles they’re recruiting. They also get to see how you communicate with others and perform as part of a team, all of which helps them to make a much more informed judgment of whether or not you're the best candidate to hire.

How to Approach a Group Interview

Performing well in a group interview is all about balance. You want to make sure that the interviewers notice you, but you don’t want to stand out for all the wrong reasons. You want to demonstrate that you’re confident and can play an active part in the group discussions, but you don’t want to come across as over-bearing. Most group interviews are designed to assess a number of core competencies, and by following a few simple tips, you can make sure that you score well in each of these areas.

Play your part - You don’t have to be the leader of the group to play an active part in any of the discussions. In business, successful teams usually combine a number of different roles, so whatever part you play, make sure your contribution is valuable.

Give and take - You might think that your approach or ideas are the best way forward, but that doesn’t mean anything if you can’t get the other candidates to agree. You should be prepared to fight your corner, but also be ready to compromise for the good of the group.

The subtle art of persuasion - When trying to get others to see your point of view, employers will be looking for your negotiation and influencing skills, rather than your ability to bully people into accepting your ideas.

Support the group - Being a good team player is about supporting the other members of the group. This might involve making sure quieter candidates get to have their say, or that an over-bearing leader doesn’t monopolize the exercise.

Preparing for a Group Interview

Although a good group interview performance has a lot to do with how you interact with other candidates on the day, there are still a few things you need to think about before your meeting:

Preparation - A group interview can be quite a long and involved process, and you’re unlikely to know what’s expected of you until you arrive. This is why it's important that you do the same research and preparation you'd do for a normal interview, so you’re ready for anything.

Practice - Depending on the exercises, and the part you play in them, you might be expected to present back to the interviewers and other candidates. If presenting isn’t one of your strongest skills, spend time practicing in front of friends and family, to make sure you don’t let yourself down on the day.

Organization - Get everything you’ve been asked to bring, and anything else you might need, ready plenty of time ahead of your meeting. This includes your resume, any other documents, and a map of where you’re going. There's nothing worse than turning up late or unprepared for this type of interview.

When you know what to expect and understand what the recruiters are looking for, group interviews can be a lot easier to handle. One thing you should always bear in mind with this type of meeting is that, whatever you’re doing throughout the course of the session, there’s always likely to be someone taking note of your behavior - so always make sure your actions give the recruiters a positive impression.