The Politics of the Interview 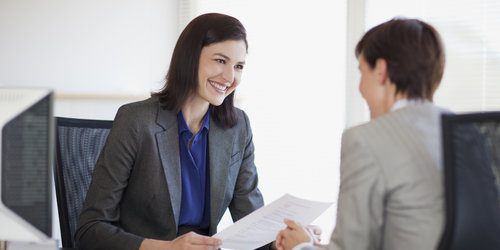 The politics of the interview may not be something new, but it’s certainly an aspect most job candidates don’t recognize or that they’re unaware of. Every organization exhibits some level of politics. More precisely, office politics, as opposed to government politics, which encompasses the study of law, government, and policy. Office politics has to do with an informal hierarchy within an organization, whereby some people manipulate relationships for self-benefit or other causes. But is it possible that such situations exist even before a person joins an organization—namely, during the interview process?

Office politics is already part of the mix the moment a job opening in an organization occurs. I’m reminded of an occasion when I was in the process of interviewing people to fill an opening in my organization. A very prominent and powerful senior vice president asked me to interview his neighbor’s daughter. Was that pressure? Was he trying to influence my decision?

It has become common nowadays that instead of just one interviewer, an entire team performs candidate interviews. Is it possible that some of the team members might have their own preconceived agendas based on their personal internal relationships and mutual influences? Could it be that some politics is going on between the hiring manager and the rest of the interviewing team? And by the way, who’s deciding on the people selected for the interviewing team if not the hiring manager or the boss?

The job interview is loaded with political overtones. It’s similar to the process of a nation’s interviewing of candidates for the presidency because there’s a hidden agenda in both. You may have noticed lately that topics at the top of the minds of citizens are ones that get discussed at the dinner table, at cocktail parties, and around coffeepots in the office—and that topics that really matter are avoided and evaded by political candidates. The candidates for presidency have their own agendas, and instead of telling audiences what they can do for them once elected, they don’t even talk about self, but they point fingers and blame others.

Examples of Job Interview Questions with a Hidden Agenda

It’s obvious that companies want to hire people whom they feel are trustworthy and honest. But how can an interviewer ask such a question outright? Very simply: by asking a common and, admittedly, dreaded question: Can you tell me about your weaknesses? The question is clearly focusing on weaknesses, yet the answer is interpreted to find reasons to trust or distrust the individual.

Another commonly misunderstood interview question is, How much money are you looking for? The vast majority of candidates don’t understand the question. They interpret it as a negotiation point, and as a result, their answer is unsatisfactory. A typical answer is, I expect to be paid fairly. Of course, that’s obvious and the interviewer wants to be perceived as fair in that regard, but what the interviewer is really asking is whether the candidate is affordable or is asking or expecting to be paid more than the hiring manager’s budgeted amount.

Another question often misunderstood by candidates in job interviews is, What is your management style? Invariably, the typical answer is a series of self-praises. For example, I have an open-door policy, and people can come to my office anytime. I’m a good communicator and always support my team . . . and the list goes on and on. So why is that question about management style always misunderstood? The answer is that the candidate cannot assume that this is the type of management style the hiring manager is looking for. A better answer would contain examples of past performance in a diverse set of situations that required a variety of management styles.

My advice to people going for interviews is to listen very carefully to the question and evaluate several options before answering. Remember that practice makes perfect.