Tips for Being Calm in a Job Interview 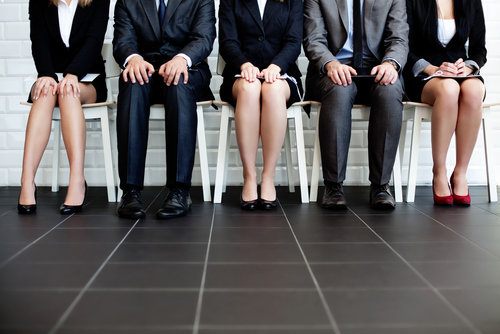 There's a lot on the line in a job interview, and almost everyone faces the prospect with a little trepidation.

Which is kind of ironic. After all, we spend most of our job search time busting our butts trying to snag an interview, and once we get one we get all toddler-like and wish we could hide behind some nice grown-up's legs.

Get ready for a double dose of irony. To help us all find ways to stay centered during job interviews, I've decided to share a few tips from actors.

That's the ironic part, you see. Actors aren't generally renown for their calm. They tend to be considered flaky at best.

But however wacky they may be off-stage, actors know how to keep their heads together during a performance, and here are some of the ways they do it:

Prepare: Actors rehearse and so should you. Have your lines down cold. Know what you plan to say about your experience and questions you'd like to ask the interviewer.

Concentrate: When you're in the interview, the interview should be all that matters. Do whatever you need to do (chant, exercise, arrive in the area one hour early, wear your lucky socks) to make sure you're able to do just that.

"Go for what you want:" That's what the director Erma Duricko once said to me, and it's a rule all actors would do well to follow. Actors need to know what their character wants during a specific scene, and you should know the same for yourself in a job interview. Articulate to yourself what you want to achieve during an interview and follow that goal like the North Star. The more you focus your thoughts on what you want to accomplish during the interview, the more organized and calm you'll be.

Remember it's not about you: When actors are on stage, the audience doesn't respond to them: it responds to the characters the actors portray. Similarly, a job interview isn't about you, it's about what you can do in a specific position for a specific company. Reminding yourself that it isn't personal will help you appear more professional.

Strive to connect: As vain as they may seem (and be, sometimes), when they're on stage, the best actors don't put their energy into being adored or preening before the crowd. And they don't lose focus by wondering if the audience likes them. What they try to do is connect: with the material, with their fellow players and with the audience. Try doing the same in your next interview.

(Time for full disclosure: In addition to my blogging work, I’m a professional actor.)