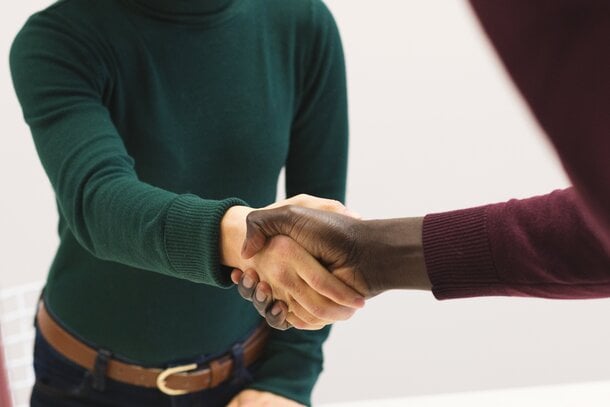 Photo by Sarah Pflug from Burst.

Hiring employees is a job of huge responsibility because you are expected to make a critical decision on behalf of the company. No matter how excellently they present themselves in the interview, bad hires can cost companies time, money, and reputation. Therefore, you must be extra careful and notice red flags that may result in a hiring mistake.

Read about the warning signs you need to look out for before hiring employees.

Being Late for the Interview

Whether it’s an in-person, telephonic, or video interview, the candidate turning up late can be a red flag. It could mean that they don’t care much about their job, are bad at planning and time management, or do not value others’ time.

Hiring employees who may seem too casual can be a huge mistake, especially if they have a client-facing role. Unless the delay in appearing for the interview is genuine, politely tell them that they are not the right fit.

If a candidate doesn’t follow up after the interview, it can mean that they are not as serious as someone who would love to work with you. It is a sign that they may be a bad hire.

Unsteady work history can often mean that the candidate is not patient and hops from jobs to jobs. And since stability is an important factor when hiring employees, such candidates may not be suitable for your organization. But, instead of not giving them a chance, fix an interview and try to understand their reasons, which might turn out to be completely valid.

However, if you want to interview a potential candidate with a job-hopping history but great skills, make it a point to calculate the risks that their quitting early may pose to the company.

Unfamiliarity with the Position and the Company

Take it as a warning sign if a candidate asks you about the company or the role during the first call. This clearly means that they are mindlessly applying at various companies, least bothered about what the company does and what the job entails. If a candidate is really serious about an organization, the least they can do is look up what it is all about.

Some candidates never reveal a personal weakness, or in some cases, they frame a strength as a weakness to show that they are ‘perfect.’ This is an example of typical behavior in employees who find it difficult to accept their mistakes, and thus, assign the blame elsewhere. Such people may turn out to be bad hires.

Poor or No References

It may be a hiring mistake if you onboard a candidate just on the basis of what they have to say about themselves. If no one endorses a candidate or if the references a candidate shares do not call back or offer half-hearted endorsements, it can be alarming. It shows that the candidate wasn’t able to get along with anybody in their current or previous jobs, couldn’t succeed at their assigned role, and didn’t make any contributions to the organization.

Too Much or Too Less Self-Talk

If a candidate only talks about what they did when asked about accomplishments, it may indicate that they are not a good team player. Also, if they only use the term ‘we’ when talking about an accomplishment and can’t articulate their exact contribution to the project, it can mean a lack of skills or leadership. If you hire such a candidate, they may not be able to work well with the team.

To avoid a hiring mistake like this, look out for candidates who give the due credit and confidently talk about instances where they took ownership.

It is natural to highlight your strengths in an interview. But if an interviewee goes above and beyond to make them sound like extraordinary skills, take a pause. This kind of candidate can be easily spotted if asked to elaborate on a certain skill with instances where they used it. Asking more and more questions that they may not have come prepared to answer would help you identify over embellishment of basic skills.

Just like a candidate goes through companies’ reviews, photos, etc., interviewers must be able to get a background of the candidate. If you skim through people’s social media photos, videos, blog posts, and even comments, you can tell a lot about their ideology. You can also spot racists and sexists. Therefore, no trace of a candidate online can be a red flag. However, this shouldn’t be an absolute dealbreaker.

Criticism of the Former or Current Employer

Talking badly about the former or current employer shows a lack of maturity and loyalty. Though there may be truth to what they are saying, the right candidate wouldn’t go on blatantly criticizing their organization. A mature candidate would subtly hint at the reasons for leaving while also including personal accountability and using a positive tone to answer.

While the behavior of some candidates may ring alarm bells, do not base your decision on it completely. Take time to analyze the candidate accurately; your experience will certainly help you make the right hiring decision.

Kelly Barcelos is a progressive digital marketing manager for Jobsoid – Applicant Tracking System. She is responsible for leading the content and social media teams at work. Her expertise and experience in the field of HR enable her to create value-driven content for her readers – both on Jobsoid’s blog and other guest blogs where she publishes content regularly.