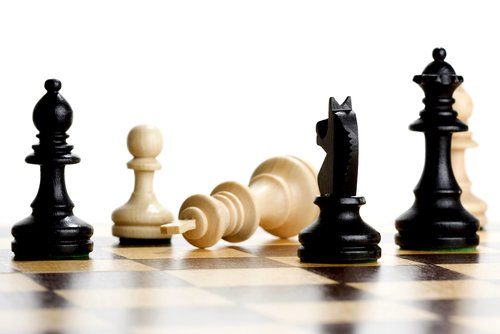 Job searching is very similar to playing a game of chess. Both activities have a significant element of strategy. But first, let’s you and I see eye to eye about the word strategy. The term has various definitions, so let’s agree on a simple one as found in Merriam-Webster’s dictionary, which says, “the skill of making or carrying out plans to achieve a goal.” And indeed, the job seeker has a goal that is not what most people think it is: namely, to get a job. No, the job seeker’s goal is to get a job offer. Once the offer is in writing—which represents an obligation to hire, provided such issues as drug tests and references check out OK—the candidate has to thoroughly evaluate the offer, conduct due diligence, and, hopefully, negotiate a better offer! In a chess game, each player’s goal is to win.

When I was seven years old, my father taught me how to play chess. He was a very good chess player—to the point that he played at chess clubs and participated in state competitions. I never won a chess game with my father. When my mother—my protector—suggested to my father that he let me win a game occasionally, his response was, “The kid needs to learn how to lose in life.” Life is not always about winning; it’s true that it’s often about losing. And I took that as a lesson for the rest of my life. It was one I thought about a lot when I was in transition and would receive rejection letters.

What Is the Game of Chess?

Chess is a board game played by two opponents. Each player has 16 pieces to use by following certain predetermined rules or conventions. It’s a game of strategy, and the objective is to checkmate the opponent king. Each player has 1 king, 1 queen, 2 rooks, 2 bishops, 2 knights, and 8 pawns. The game involves no luck. The player who better strategizes and knows how and when to use each piece to advantage wins the game.

What Is Job Searching?

Many people don’t view it this way, but job searching, too, requires strategy. And it requires that the job seeker use various tools or marketing collateral similar to the pieces in a chess game—for example, a resume, a cover letter, job applications, and use of social media such as LinkedIn, Facebook, Twitter, and YouTube. I must point out, though, that whereas job seekers know they need such marketing collateral, the vast majority of job seekers’ use of those tools is of mediocre quality at best; and some lack the use of such tools altogether. For practical purposes, just about all job seekers are clueless about how to use Facebook, Twitter, and YouTube for job search.

Job applicants also have to be effective at networking with other people; they have to communicate properly; and they sure have to be excellent when they reach the interview phase. Here again, in similarity to the game of chess, the person who knows how to skillfully deploy personal and professional assets—in this case, the aforementioned marketing collateral—is going to be the winner: the one who will be extended the job offer.

How Is the Game of Chess Similar or Dissimilar to Job Searching?

Similarities: Following are some of the elements necessary for success in both chess and job searching.

Differences: Following are a couple of differences between chess and job searching.