Putting Yourself Out There: Taking Steps to Land a Job 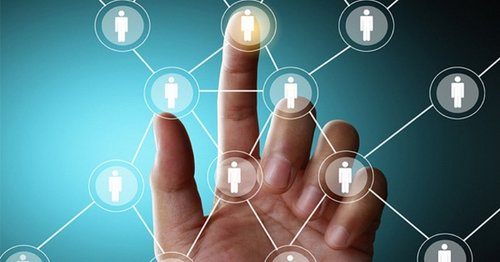 Little kids are naturals at it. “Look at me!” they shout joyfully before they splash into the water, or simply hop on one foot for a really long time.

I love both how kids see the excitement in life’s little adventures, and how directly they ask for attention.

I wish I wasn’t so bad at it myself. Given a choice between stepping forward and hanging back, nine times out of ten I’ll head for the shadows.

This is positively weird considering I make part of my living as a professional actor, but it’s not a good idea no matter what profession you’re in.

Getting noticed is the key to getting work of any kind. And these days, with fewer jobs and more ways to promote yourself, simply answering ads and sending in resumes is a sure way to get stuck on the sidelines.

Here are some not so fun facts that could prompt even the most reluctant to jump into the deep end of the networking pool.

According to Dan Schawbel, who writes at www.mashable.com, due to a 13% decrease in online job postings there are now 3.3 job seekers for each job. Furthermore, he said one in five hiring managers uses social networks for background checks, and recruiters are increasingly turning to LinkedIn as a way to source candidates.

So get out there and start tweeting, following, posting and making a name for yourself in cyberspace.

It might feel like you’re splashing around, shouting “Look at me!” and in a way you are, but remember the one essential rubric for successful social networking – give away before you try to get. Follow and read blogs from people working in the fields which interest you. Make comments on their posts. Answer questions and make connections. You’ll start to feel more comfortable in this world.

One reason I don’t feel uncomfortable about asking for attention on stage is that I figure the audience knew what they were getting. Going into the theater, they knew they would be asked to watch something.

Guess what? People going to social and professional networking sites know they’re going to be asked to pay attention to others, too. In fact, that’s why they’re there.

And just as those who have a lot of money understand that they’ll be asked to donate portions of it to charity, people with job openings expect candidates will be asking them for work.

Not only that, they hope they will.

This means that actively engaging with others when you’re online or at networking events isn’t being pushy at all. It’s simply acknowledging that you’re all there for similar reasons and jumping in.

Have you found any techniques or approaches that help you “Put yourself out there” that you’d like to share?