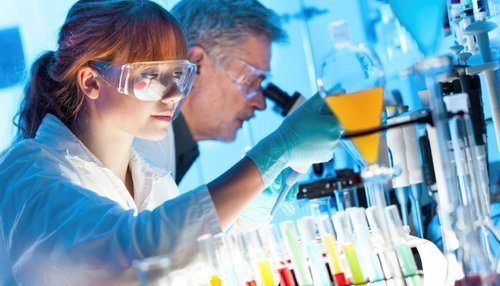 John Holland formulated an assessment tool to help determine dominating personality traits in a person in order to help make job searches more meaningful. With his assessment tool he came up with the Holland Codes, a set of six main personality types, based on the patterns he found in the general population at the time that he created the assessment. The codes are often quickly identified by the acronym RIASEC, with each letter representing a different personality type.

The second personality type in Holland’s personality types is the Investigative thinker. These people are commonly called the “thinkers” of whatever group they find themselves in as they notoriously think things through until a solution is found. Though they value logic and order they also tend to differ from the Realistic type in that they prefer to use their investigative qualities in order to explore more innovative ideas. In fact, though they are seemingly on a quest to answer unknown questions they also prefer loosely structured environments without too strict of rules or regulations. This lack of rules allows them to curiously and passionately explore exactly what they want and for as far as their inquisitive brains will take them.

As a friend or a lover the Investigative person is usually described as very analytical, intellectual and complex. At the same time they can be viewed as very thoughtful, curious, introspective and insightful as well. This is because while they are leading regular lives they are also always analyzing their surroundings, seeking answers and as a by-product gaining insight.

As an Investigative type you might find yourself irritated with limits and mainstream ideas and trends. The thinkers of the world don’t usually fit in with the masses very well, though this is not a bad thing. Instead, the thinkers can be found tinkering away at a task or abstract idea that allows for expansion, which is incredibly valuable in our ever-changing technological world.

As a very curious person the Investigative type will seek out environments that allow them both constant stimulation as well as freedom to explore. They prefer to be working with new ideas, new at least to them, and crave a challenge, albeit a solvable one. They work best in an academic setting where intelligence is both valued as well as expected, thus allowing them to fully explore their interests.

The Investigative type values analyzing ideas down to its very inception; driven by the desire to understand. This tends to put this group of people in very scientific professions that support innovative thinking, intelligence and independent research. They are typically self-motivated and as such they gravitate toward work environments that support creative scientific research. If an Investigative type doesn’t particularly like research then they will likely be in a sort of teaching position where they can fully explain a topic.

The Investigative type will seek out environments that allow them to fully explore their curiosity. Because of this you will likely find them in research positions, no matter the topic. As a researcher one can formulate the questions as well as search for the answers, which is a dream come true for these thinkers. Many biologists, pharmacists and computer programmers can identify with this particular personality type. The less frequent, but just as relevant, position you can find them in is as college professors.

If you feel like you could identify with many parts of this article then you could indeed be an Investigative thinker. Though what is described here is only one personality type you may find that you have certain parts of this personality type that match well with others. This is very common and in fact makes for the best teachers, dentists and doctors, as these are professions that rely on a combination of personalities beyond Investigative.   Though this is the less frequent personality type among people it is certainly a very important one that lends characteristics to many of us. If you identify with this personality type then it is important to seek out jobs that allow you to creatively explore your interests.