You Resigned, But Your Current Employer Wants You to Stay. What Should You Do? 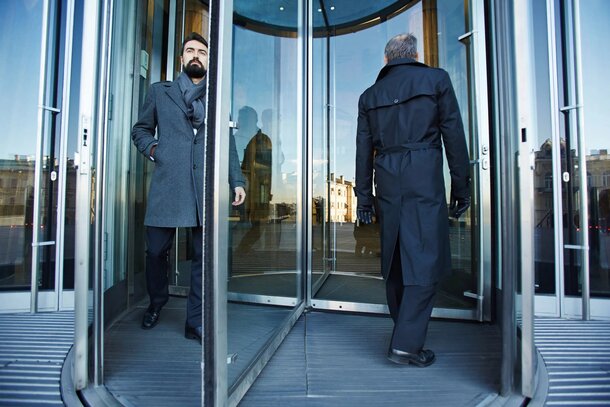 Each person’s career transition journey is unique. Some people are promoted internally, some make lateral moves, some move onto more senior roles at a new company – there are a lot of possibilities. It’s best to be prepared for different scenarios. You can ‘plan’ to some extent and you should. Best to consider why you want to make a move, what is motivating you to change roles at this time? What type of role would best fit your career goals? What are your key transferable skills? An important part of planning is researching potential new organizations. Planning is not a perfect science, so you also want to be ready for unexpected twists and turns. One development that people often don’t anticipate is a counteroffer from your current employer.

You’ve made a decision to move on from your current role. You’ve spent time researching opportunities. You likely have been on many interviews. You have been offered a role at a new organization and you have accepted. You resign from your current employer. Then, they let you know they would like you to stay, they make you a counteroffer.

Why Would the Current Employer Counteroffer?

Because you're amazing. That's probably part of it. It's also likely that it has to do with the manager not having anticipated this change in staffing and assuming your absence would result in work not being done and/or overworking other employees. The manager likely also thought that it would be a hardship to fill the role. There could be many reasons or combinations of reasons for this counteroffer.

Should You Consider the Counteroffer?

You may be flattered by this offer. You might be frustrated by it, why is this being done reactively rather than proactively? Despite potentially feeling that it's 'too little too late', it is worth considering your options. That said, you should do so while also factoring in the reasons why you were seeking a new role in the first place. Why had you decided to move on from your current role? Were there things about your current employment situation that were not ideal? Was the current role not aligned with your short-term or long-term career goals? Be sure to reflect on those reasons and consider them thoughtfully and thoroughly. You will need to carefully evaluate whether those reasons are somehow alleviated by the counteroffer. It is likely that they will not be. It is likely that the reasons that prompted you to move on will still be factors within the context of the new offer. The other thing to consider is that this employer / manager did not make this decision proactively, it was only in response to your resignation – that isn't ideal in terms of being truly valued.

How Do You Respond to the Counteroffer?

You’ve probably figured out that it can be a small world, that within your industry, things can be quite closely knit. Therefore, it’s important to be a good steward of your career brand. You should give the counteroffer some consideration, it's your prerogative. If you want to accept the counteroffer, you will need to let the other organization know that you are not accepting their offer. Your current employer will be very happy that you have decided to stay. If you decide not to accept the counteroffer, it’s best to let your current employer know that you have considered it but that you are looking for a new opportunity and the external role is more in line with your career goals. Be diplomatic and professional. Have a smooth departure from that role. Stay in touch with key colleagues, at the very least via LinkedIn.

Are There Ways to Prevent the Counteroffer Scenario?

Preventing the counteroffer scenario involves communication, revealing your goals and ostensibly, managing up. When you start to think about making a change, first consider whether you would consider staying at the current company. If you would, then think about whether you have exhausted the opportunities within the context of your current role and organization. If you have not, then you want to identify what opportunities exist. Is there a possibility of promotion in your current department? Are there lateral moves to other departments? Once you determine which roles are a possibility, you should outline what skills and experience are required for those roles. Then, take inventory of which of those requirements you have. If there are skills that you still need to develop, best to get involved in projects or initiatives where you can grow. You will likely need to speak with Human Resources and/or your manager to discuss your candidacy for a promotion or lateral move. This will give you a solid indication of their receptivity to your career growth plans within the context of that company. This will ensure that they are 'in the know' about your plans such that if you do decide to move on, they will have had the chance beforehand to have enticed you by supporting your career development proactively. In that scenario, it would be less likely that they would 'counteroffer' because you would have communicated your goals to them, discussed your potential candidacy and they would likely be considering that an option for you would be roles outside of the organization. Hence, it would be less likely that they would 'react' with a counteroffer.

The career transition journey ideally holds a number of opportunities that support your career growth. Best to manage your career progression proactively, if you would consider a move within your current company. This way you can make an internal move rather than be faced with a potentially frustrating counteroffer that is presented at an inopportune time and removes some of the thrill of feeling valued.