Resume sample of a visionary CEO with a strong track record of delivering concrete results and building strong teams. Although this resume is that of a senior level executive, it doesn't feel heavy. Instead, it feels dynamic and fresh. The use of color and graphics bring another dimension to the resume, which adds to its depth. Notice how past accomplishments are highlighted.

Dynamic culture is the foundation of great companies.

A High-Visibility Brand Builder of World-Class Companies. Able to turn a quality product brand into an industry powerhouse through M&A and internal development. Strong orientations in sales and marketing galvanize and inspire global teams to reach award-winning levels of consistent performance.

Charismatic, High-Performing Executive and Solver of Revenue Challenges. Offer impressive record of leadership doing what others said couldn’t be done in multi-unit, service-driven environments.  As CEO for one of the world’s largest full-service franchise, recently increased EBITDA by 52% in just 16-months in a down market.

Overview: Recruited directly by the Board to lead a $10-billion P&L with global oversight. Challenged to stabilize and turn around a stagnant enterprise built around operational silos with no defined culture while spearheading growth by infusing new dimensions of service and culture across the company—all during a time of economic instability. Direct overall operations for 5 major divisions. On track to reach stated goal in excess of $100 million EBITDA in the next 5 years through acquisition, development, franchising, and licensing.

-Prior Positions of Note-

The Marlo Corporation – Rapidly promoted through a variety of operational and sales positions of increasing responsibility, which provided exemplary grooming and a solid foundation for future executive positions.  Promoted 4 times in 5 years, winning every available award in each role promoted into.

Board of Directors: Dubai Chamber of Commerce

Board of Directors: US Convention and Visitors Bureau & Chamber of Commerce

Executive of the Year Award, MX11

Director of Revenue Management of the Year Award: Marlo Corporation 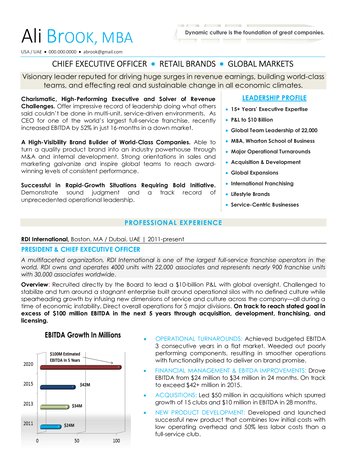 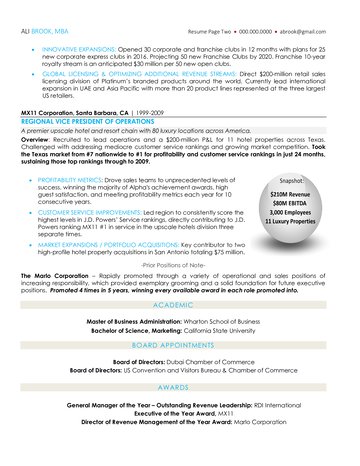