by Make It POP Resume

"[Sergeant Redding]... tenaciously strives for constant improvement in the ability of his unit to achieve its  mission... [he] assisted in the development of tactics, techniques and procedures for the conduct of missions which fall outside of normal parameters, thereby making a lasting contribution to the battery and the rocket artillery community's ability to better provide precision guided munitions fires for the supported commander." ~ Colonel B.A. Paulson, U.S. Marine Corps 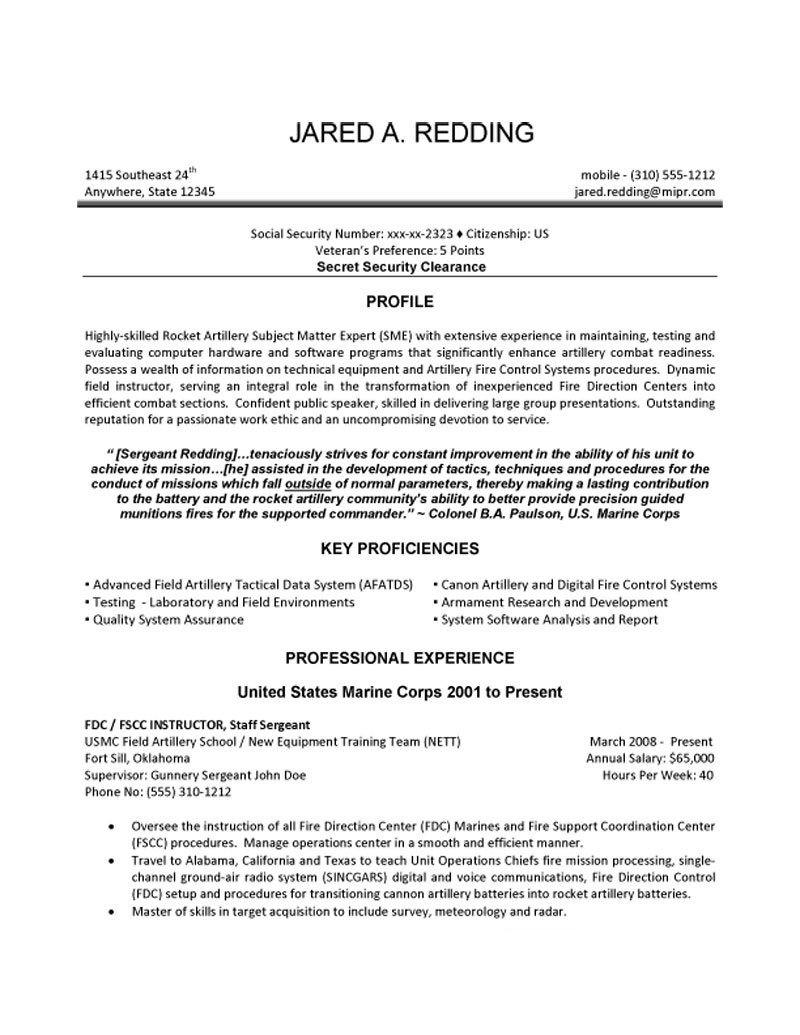 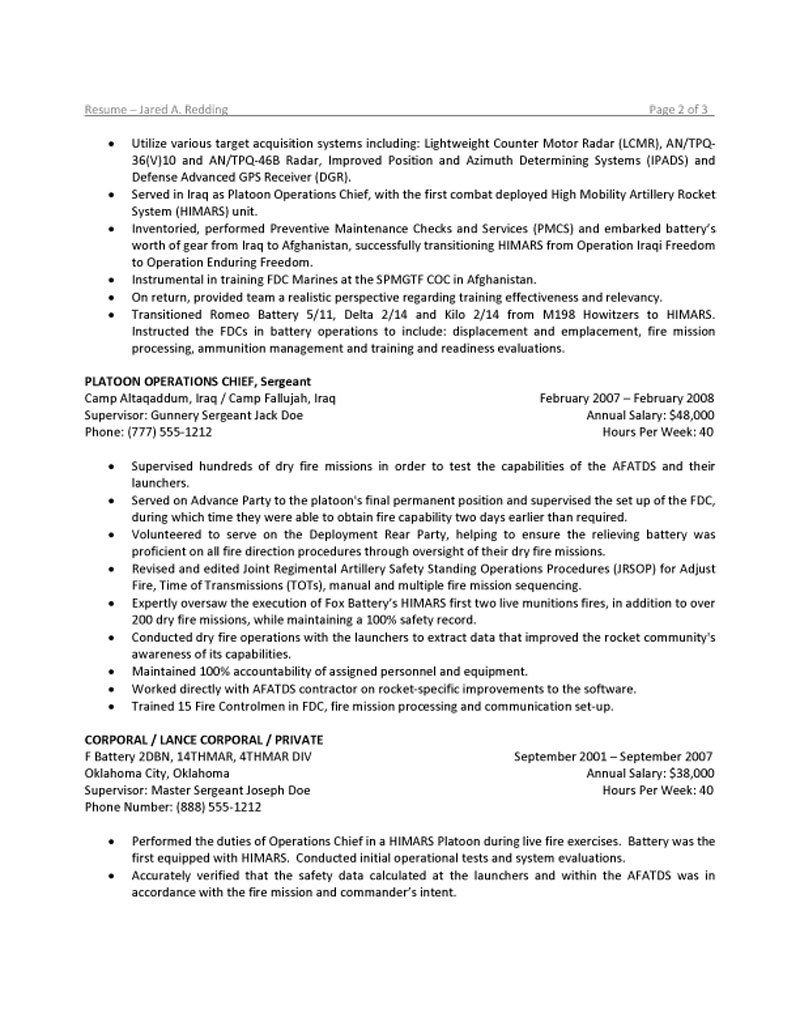 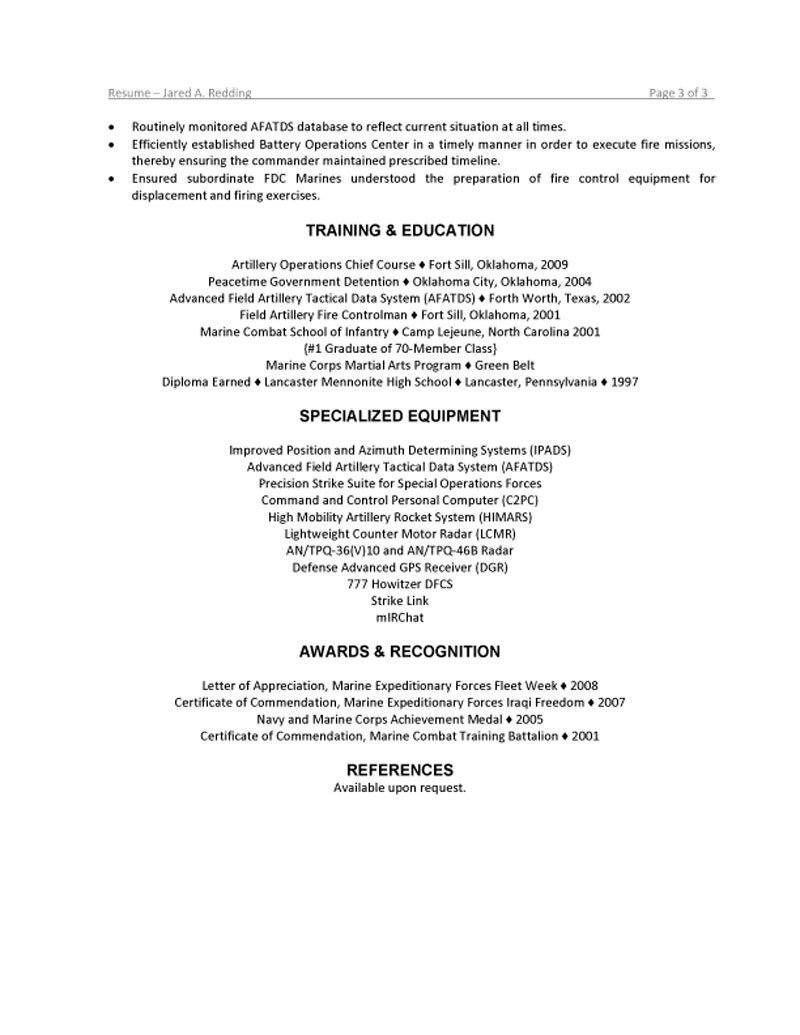